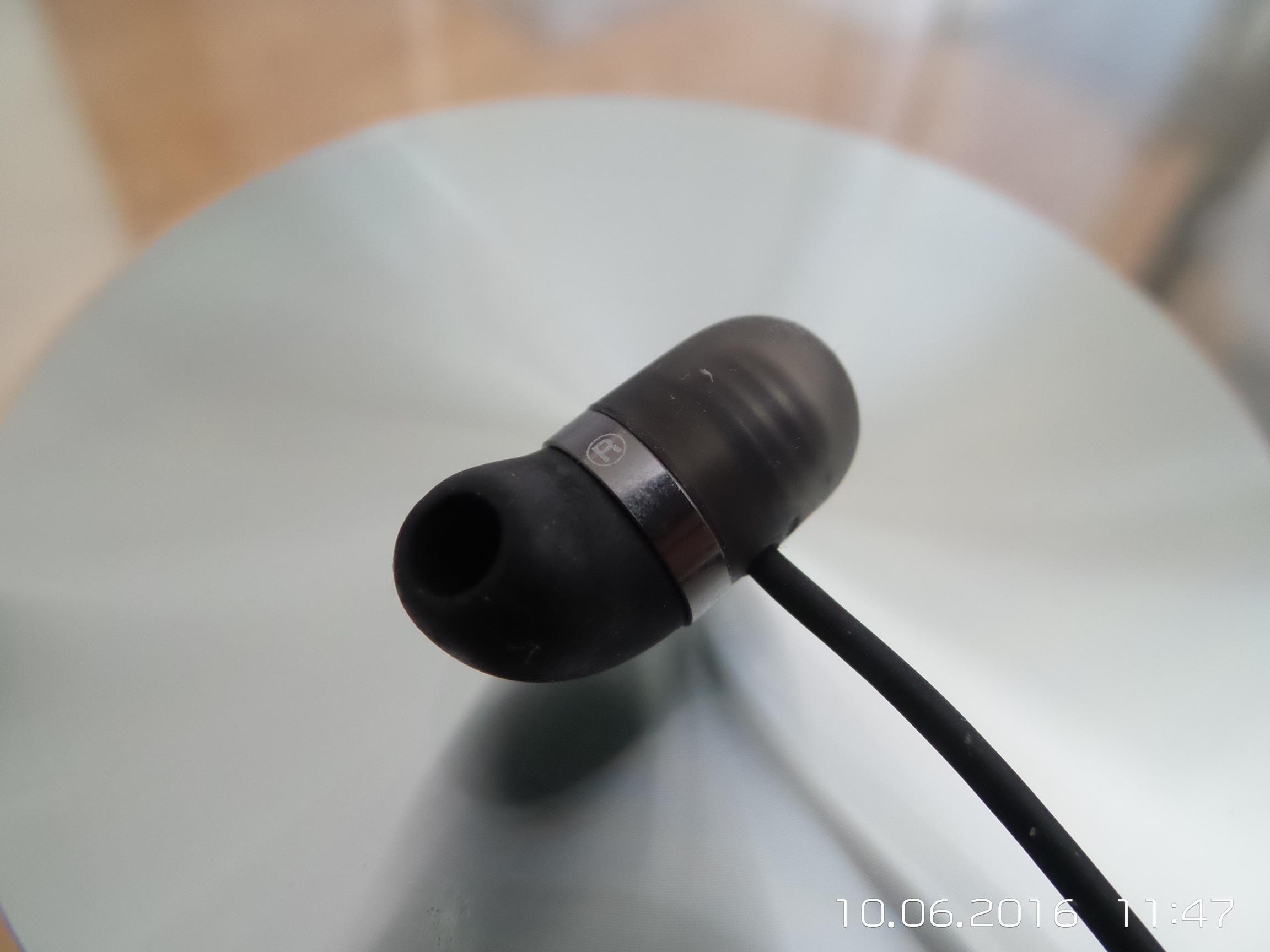 The Xiaomi Capsule, yep it looks weird doesn’t it?  Weird but good if you ask me, if there is one thing you can say about Xiaomi is that they know how to make things that look good, not to mention cheap too.  So they look great but the real question is how do they sound?  Read on to find out. 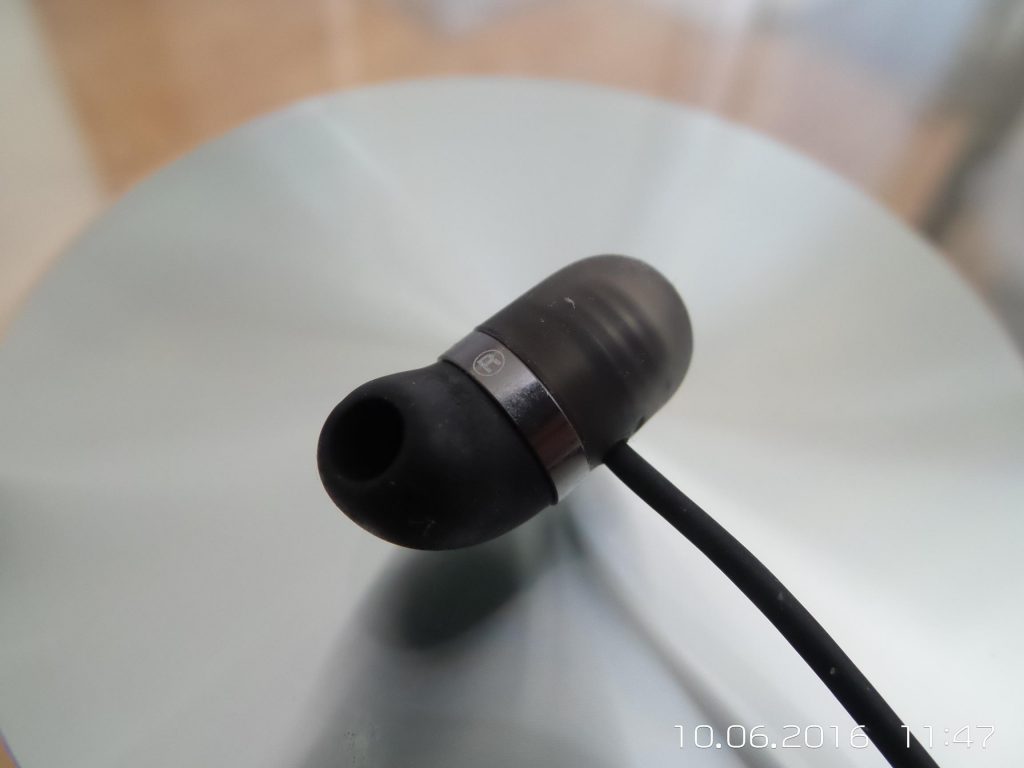 Thanks to GearBest for the sample.

Small box, simple little thing. Getting it open I see that it’s a pretty minimalist bundle, no case, no tips.  Wait what?  No tips??? How can that be, surely there ought to be spare tips?  Okay no it seems not.  The tips on the Capsules are not just weirdly shaped, being all curved, they are physically attached and non-removable.    That is rather a weird configuration.  Mind you so is their being so angled.  The buds feel weird, the back bit, the greyish translucent bit is soft rubber too.  Gosh they feel really weird to the touch.

In the ears and instantly I’m having mixed feelings about these curved tips.  It’s a good idea but non removable and no alternate sizes?  I’ve got a pretty good seal on the right but I’m not on the left.  Ahh and they are full sealed things too.  So there we go, I can feel the pressure and suction on my left ear.  This might prove bothersome.  Burn in time.

The bass is very elevated, no ifs no buts.  But….. Its highly dependant on you getting a good seal and for the life of me on the left I consistently could not.  I could get it just right for a second, or if I held it just so but should I move, god forbid move my jaw, then it was lost.  Otherwise however these are a pretty bass centric sounding IEM.  Big gabs of it, thick, heavy, warm and dominant.  Under most circumstances I’d say great stuff, for the price its great fun but the fit gave me consistent problems.  Only in my left ear, the right was no bother but you need both to be the same or everything sound extremely squeed.  Using these while drinking my morning coffee was a rather frustrating experience.

Quantity wise, when you get a tight seal these have tons of bass.  Masses and masses of the stuff, big heavy stuff it is too.  I’d wager mainstream listeners will be well chuffed with their cheap, superb looking phone headset.

So so.  The mids have a fair degree or clarity and audibility but they newer stand forward of the bass.  The bass is where the Capsules are at and the mids are an accompaniment.  Very well suited to your typical pop music.  Competent in their rendition and with more than passable clarity.  Still the detail is so so, they are really cheap after all and thus if you’re after something that’s going do justice to some world class vocalist these aren’t what you’re looking for.  These are for mainstream top 40 stuff.

Somewhat like the mids these are never centre stage.  Actually they are somewhat muted, the bass is where the core is and the treble rather melts into it.  There is a bit of a dash to keep thinks from getting to darkly oppressive but make no mistake the treble here is in third place.  Personally that’s fine as in something this cheap the treble is never going to be great and better to obscure it rather than play up its brutality.

Detail wise they are fine for the price, they are not bad but not especially great either.

Actually rather well scaled.  Maybe it’s their weird fit that makes them sound further away but the stage felt rather large.  Placement and such was more fuzzy but it’s all very smoothly integrated.

I had problems.  I just could not get them to fit me perfectly in my left ear, I just couldn’t and with the tips being non removable I couldn’t even sway them for a bigger size (which is what I think I needed) or to try something foam based.  If I moved my jaw in the slightest the sound would change in my left ear.  Tack on that they are sealed half the time I did get a seal there was sufficient air pressure on my ear / the driver so that everything was significantly muted.

Practically nothing.  They have a very highly flexible cable and it absorbed pretty much all vibrations traveling up it.

It’s small but it’s very soft and flexible.  In use it was a very pleasant cable and it felt nicely sturdy too.

They look fantastic, don’t they?  If there is one thing Xiaomi keep displaying is that they know how to make things look pretty.  For the money these look way nicer than anything else I can recall ever looking at.  Very, very attracting looking things.

Very, very good.  They feel extremely nicely made and the rubber all makes them feel like a really quality item.  Tack on their looks and these look waaaaaaaaaaay more expensive than they are.

Actually they got quite a bit nicer when plugged into a beefy amp.  However their price point and that they have a mic, means they destined to be plugged into phones.  So they clearly don’t need power but I can tell you that the bass increases a touch in quantity but quit e lot in quality.  It really cleans up and firms itself up too.  Not that it’s bad out of a phone it’s just that if given more power they improve.

When you get a tight seal then they isolate very well for a dynamic however, I found that seal broke constantly on the left ear.    Thus for me there aren’t something I’d want to take for out and about but assuming you do get a good seal all the time then there are great isolators for the price.

Well you don’t really get anything.

Plugging it into the Z3+ I have on my desk and everything instantly worked.  Yes even the volume controls worked, yey!  Trying the Nexus 5 and once more everything worked, play / pause / skip and the volume controls too.  The same thing for the Huawei P8 too.  Great stuff!!!  In use for call’s I was told that I sounded rather bassy.  I really don’t know how to judge that but that’s what they said.

Well for the money, a headset with controls that seems to work great, looks fantastic and has a very, very hearty bottom end I’m sure is due to be a great value crowd pleaser.

Ahh the Capsules. They look like such fantastic little beasts, they look good in photos but they are even more nicely looking in front of you.  They look great, then you touch them and they feel great too.  That back which you just assume is plastic is actually rubber and it given the Capsules a most unique texture in the hand, it’s so strange and different.  I really very much like it as a physical object.

Then we come to the sound, the sound is so dependent on the fit as it is with all IEM’s and sadly I just could not get a good fit on my left ear.  No matter what I did they would not get a seal and be able to hold that seal.  The slightest move and it would break, the rubber ear tip was just too small for me but with them being non removable I couldn’t put a bigger one on.  Thus with no seal the sound quality for me in a partially broken state.  While it was I felt nice and consumer friendly bassy for the price / target audience I personally couldn’t get on well with it.

So should you buy one?  Well it looks like excellent value to me, as cheap headsets go it looks fantastically good.  Its sound signature is likely to also be one very pleasing to its target demographic, it’s a got a seriously beefy bottom end on it.  So if you need controls and you don’t want to break the bank these are a serious option, especially if you have smaller ears.  Presumably these would work great for girls.  To be honest though they are so cheap you don’t have much to lose by grabbing a set even if you end up giving them to your sister or a lady friend.