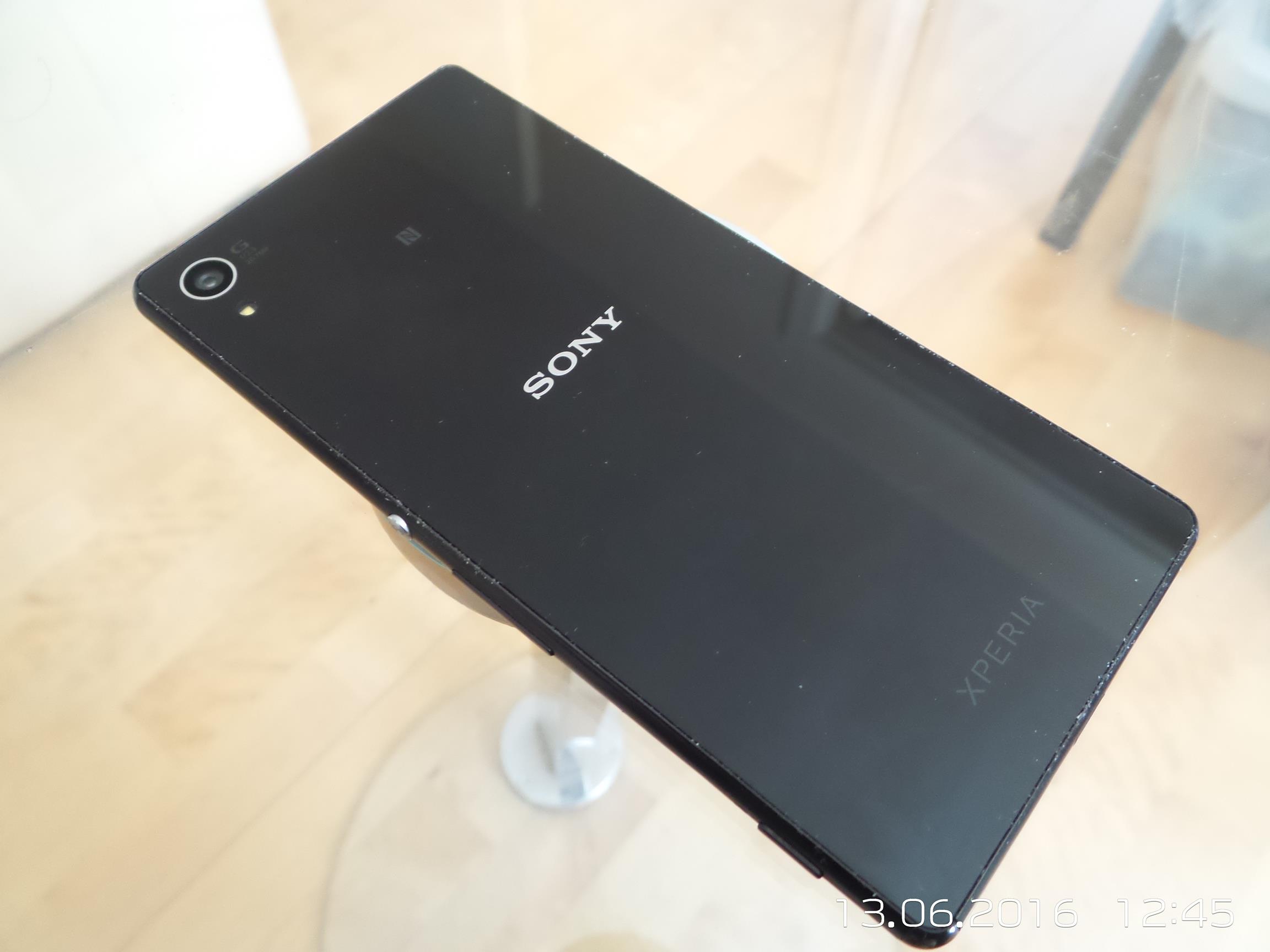 Thanks to Vodafone UK for the loaner.

Specifications:  See GSM Arena for the massive list of its spec’s http://www.gsmarena.com/sony_xperia_z3+-6878.php

Accessories:  I believe you get a macro USB cable and a USB plug charger.  (My aging loaner unit seemed to have lost its original bits.)

Build Quality:  Lush.  The thing feels super lovely in your hand, a bit too thin but with its glass front and back it feels really nice in the hand.  The SIM and micro SD card flap feels a little janky when its open but closed its fine.  Sony have a rep for making fine, quality things and this holds true to that mould. It looks fab and it feels like a highly polished and well-designed object.

Aesthetics:  Lovely.  Sony have long made some of the best looking phones around, it’s a well-deserved reputation too in my opinion.  The Z3+ may be technically older but you’d never think it to look at it.

As a Phone:  Great for the most part.  The only thing that really bugged me was that lovely back, that if put on any surface would slowly creep towards the edge.  That combined with its ridiculous thinness means it kinda needs to get a case on it.  That’ll spoil its looks but hey ho.  Calls and stuff were great, it was snappy and responsive, super snappy in fact.  It may be older but the thing moved like lightning feeling even quicker that I remember the G5 being.  Mind you that Snapdragon 810, ooft does that thing heap up, fast.  I wonder with the necessary case on it just how quickly that chip is going to get to throttling the CPU down.  Still for everything I ever did with it, it absolutely flew so well done to whatever Sony did to the software, tweaks and whatnot.

Sound:  Good, not great.  I had hoped given Sony’s level of expertise in making DAP’s they might have thrown something in here that could wipe the floor with every other phone brand.  Sadly they haven’t.  Don’t get me wrong it’s pretty good, nicely balanced and quite well detailed.  There is nothing “wrong” per say with it but…….. Sony I know you could have done so much better if you had wanted to.  I’m fairly sure they just used some Qualcomm chip as it hasn’t the traditional Sony house sound.  It’s a little warmed but mostly it’s pretty unflavoured.  Which is nice, it’s pretty versatile and its background is pretty much silent.  Its dynamics though, well they suffer.  The Z3+ hasn’t the power and authority to give grand and flowing dynamics.  No doubt if they had wanted to put a bigger capacitor it would have made the phone thicker, god forbid.  Still I feel with the auto playing when you plug something in and the music app they have its rather nice to use.  So long as you stick to nice and easy to drive things then you could probably get along quite well with it long term.

Value:  Pretty damn good actually, you get a blindingly snappy phone that looks beautiful and is super responsive, sounds decent too with a most excellent screen.  For a price that’s pushing about half of what a more recent flagship costs.

Con’s:  No fingerprint scanner (if you care.)  No Qi charging.  Slippy glass back.