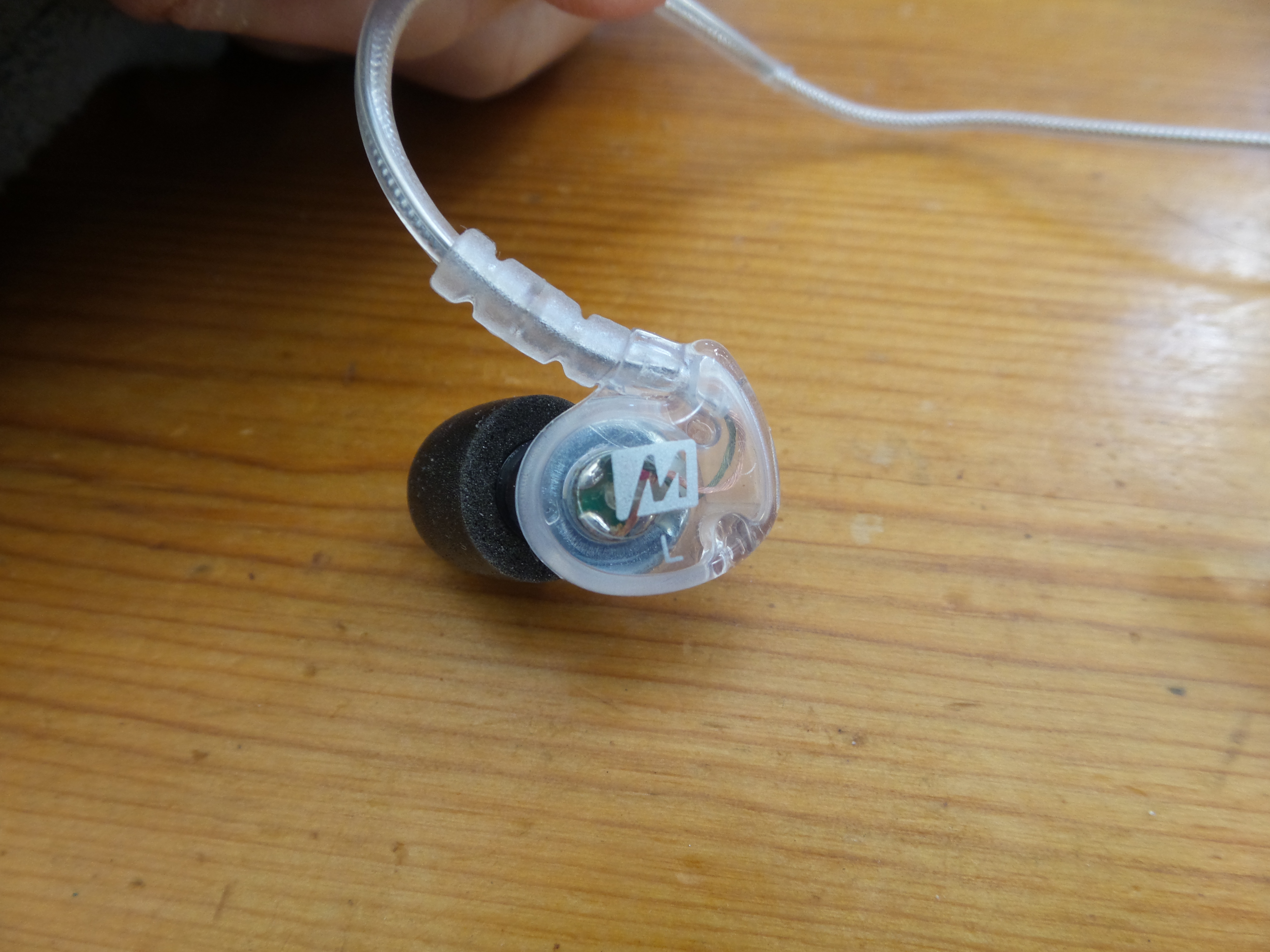 To these that know, MEEaudio was once called MEElectronics and one of their old models, the M6 is still kicking around.  This time we have a look and see how it compares years on and in particular with its present much lower price tag. 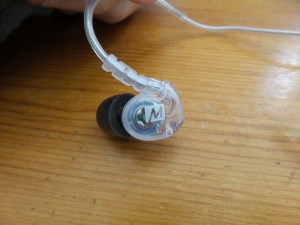 Thanks to MEEaudio for the sample

Usually the first impressions means the first moments I have with a product, but oldies may recall that the M6 has been around a while.  Not just that but waaaaaaaaaaaaay back in the day I reviewed them.  If memory serves they were a little more expensive back then, I’m sure they were about US$50 but aside from my mentioning that when I first reviewed them, I have no evidence.  However whatever they were, they are now available for the grand sum of US$20, delivered. UK peeps can get them for just £16 delivered from the Rainforest place.  So these are about as cheap as cheap gets for earphones.

Casting my eyes on them, god damn they still look as good as they ever did.  Having been playing with the spookily similar looking XF-200 these with their silvered woven cable with a transparent sheath, they were about the best looking earphones ever and that’s still true.  Just look at the little buggers!!!

In the ears, ahh there’s that bass, gosh were they always this bassy?  Is it that I’ve cheated and slapped Comply’s on them?  Oh my word they are bassy little beasts aren’t they?  Jesus they shift some air, my sinuses may not love this.  Anyway lets send them to the burn in machine.

Holy crap there is a lot of it.  Oh my god it’s a big air mover, was it always like this granted to Comply’s give more a firm seal but maybe it’s just that there has been a relative shift over the years.  I mean they were always bassy but their siblings were even more so, so they may had comparatively seemed less so?  Maybe they have been retuned and tweaked over the years?  Anyway, loads of bass.  Loads and loads of it.  Compared with the XF-200 these are big woolly beasts.  A rather similar tonality, their sound signatures both being bass dominant with thicker mids.  Treble taking a back seat.  Curiously though these do trail away a bit early, which is unexpected.  I mean I’m glad because if they stayed so epically vast all the way down I suspect they’d be making me queasy.

These are bass beasts, beastly thumping power, great big air shifters that is moderately firm given their volume.  If you want to slap on bassy pop and let it go rip roaring, exploding all over the place you’ll love ‘em.  Mental stuff but gosh, for me, it’s too wow!!!

Creamy, thick and weighty.  Oh Jesus, that bass it does like to get in your face and show off.  Mids are reasonable and pretty clear, certainly easily decent enough for chart topping pop.  There are made for mainstream charty stuff.  Wow, go wild party beasts.  Bass punching you in the sinuses then crabbing you by the collar and hurling you all over the place.

Vocals, well they’re okay.  A little too thick and accordingly not big on detail retrieval.

Lol they do what they valiantly can to fight there way through the melee, they do all that they can to put on a good showing but make no mistake they are not, nor will they ever be the star of the show.  Even in highly treble heavy songs they never take centre stage.  What’s there is clean, gently edged and really quite refined and polite.  It’s always in the back but it’s really quite pleasing tonally.  Details not terrible either.

Quantitatively they are forward slash shaped.  Though the treble and mids aren’t very far off each other, the bass is easily more considerably scaled than the mids and treble.

Placement and such is so so.  they do however begin to shine in terms of voluminous scale.  That bass is epic and expansive.  Big heart, dominating and full ed with power.  The mids are pretty much back in the midle and the highs just beside them.  It’s the bass that easily dominates though.

Perfect for my ears.  I also rather like the amount of effort MEE have put into trying to teach people how to wear them.  Not just do they have a little booklet that’s highly detailed but they made a video too,  I’d suspect long term Head-Fi’ers won’t need such advice but we were all there once.  Encountering an earphone than you had to wear up rather than down, how perplexing and curious it was the first few times.  Though I should note I got a bit of driver flex, it wasn’t bad or a problem but with a silicone tip creating a tight seal it could get annoying if you’re pulling them out every two minutes.

Perfect, couldn’t be better if my ears had been their model to base them on.

Oh just look at them.  Look at them, I still freekin’ love that cable with its silver weave coated in a transparent sheath.  Just look at it!!!  They looked great when they first came out, they still look amazeballs good.  Oh and if for some reason you don’t fancy the clear ones you can get them in heap of difference colours.

Okay I don’t have the mic’d set but an extra US$5 gets you a mic and a universal volume control that will work with everything as it’s basically a variable resistor.

Very good, right at the absolute best a dynamic can give you they.  They sound sealed to my ears and besides the SE215 I don’t think I’ve encountered a dynamic that can isolate so much.  Easily good enough for out and about, on a bus, normal stuff.  Flight and a Tube commute you could get away with too.  Oh and even without music going you’ll never hear that bus behind you, seriously people use your eyes or get a donor card.

None.  There’s a chin slider if you “need” it but you won’t for microphonic reasons.

Squeee!!!!  Look at how pretty it is, and then it’s super soft and flexible too.  It’s a great cable by any measure not just for something so cheap but period.  The jack and Y splitter are great too, there is just nothing you can fault here.

You get 6 pairs of tips, a shirt clip and a little case.  Basically everything you could want for them.  One thing to note that’s weird, the bits you get are “colour matched” so if you get the orange ones, your case comes with orange accents, blue, pink etc etc.  tips are coloured too.

They when amped get more forcefully vigorous.  Its most noticeable in the bass, it’s highly potent anyway and it just firms up to punch you even harder in the face.  Though at their price they aren’t likely to see a big amp and thusly they really don’t need one.  They are pretty easy to drive.

Super-duper value.  I’ve said it before for other things but that they can even be delivered worldwide for the price tag, I don’t know how they do it.

Okay, right off I want to say these are not for me.  Oh my oh my, the bass they spit out is just too much of a tour de force for my delicate little ears.  These are beasts, powerful monstrous beasts that want to power out a bass line that’s like a force of nature.  Ploughing through any obstacle in their path, gym inspiring monsters that will grab you and haul you through your session.  That it is what they are meant for, it’s what they are designed for.  It’s how you should use them.

You see, I’m much more happy with something delicate and polite, they are bass monsters.  They want to just power on through and while I may find it fun in tiny doses, I can feel it beating the hell out of my sinuses.  Oh god it’s actually making me slightly dizzy when I crank the volume.  It’s just insane, seriously mad stuff.  I can see many uses loving it like mad and no doubt bass heads will love it but gosh, it’s all a bit much for me.

So should you get one?  Well it’s a stunning looker, its “sweat proof” (IPX5 rated,) it’s got a great fit that’s super secure for jumping about and it’s got a gym loving sound signature.  No wonder MEE are pushing it as an “In-Ear Sports Headphone.”  It fits that bill perfectly so if that is what you are after, then it’s perfect for you.  If you want a purist, polite monitor then, lol, no it’s not what you’re looking for.