adminPosted on September 24, 2016 Posted in Miscellanea — No Comments ↓ 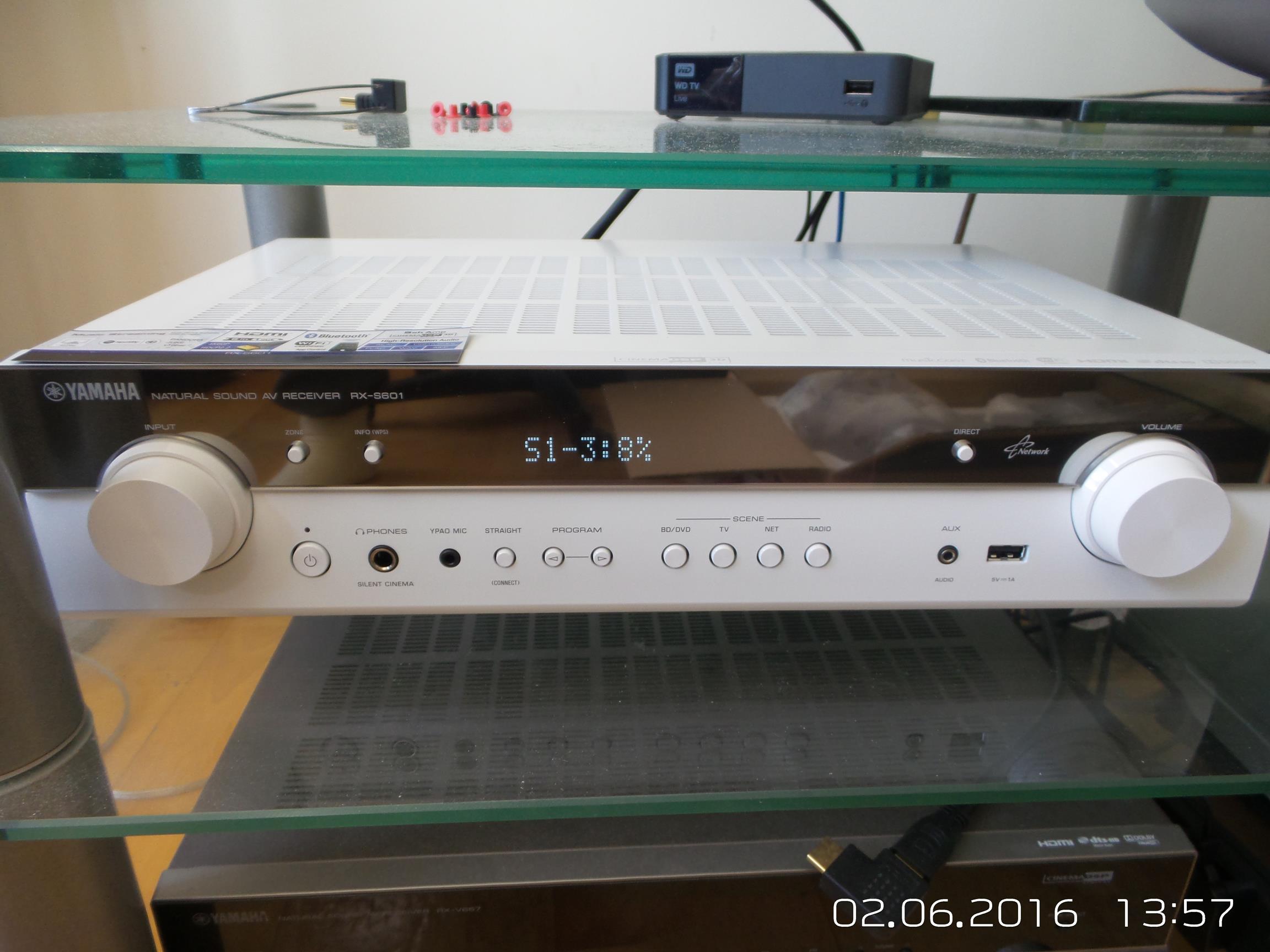 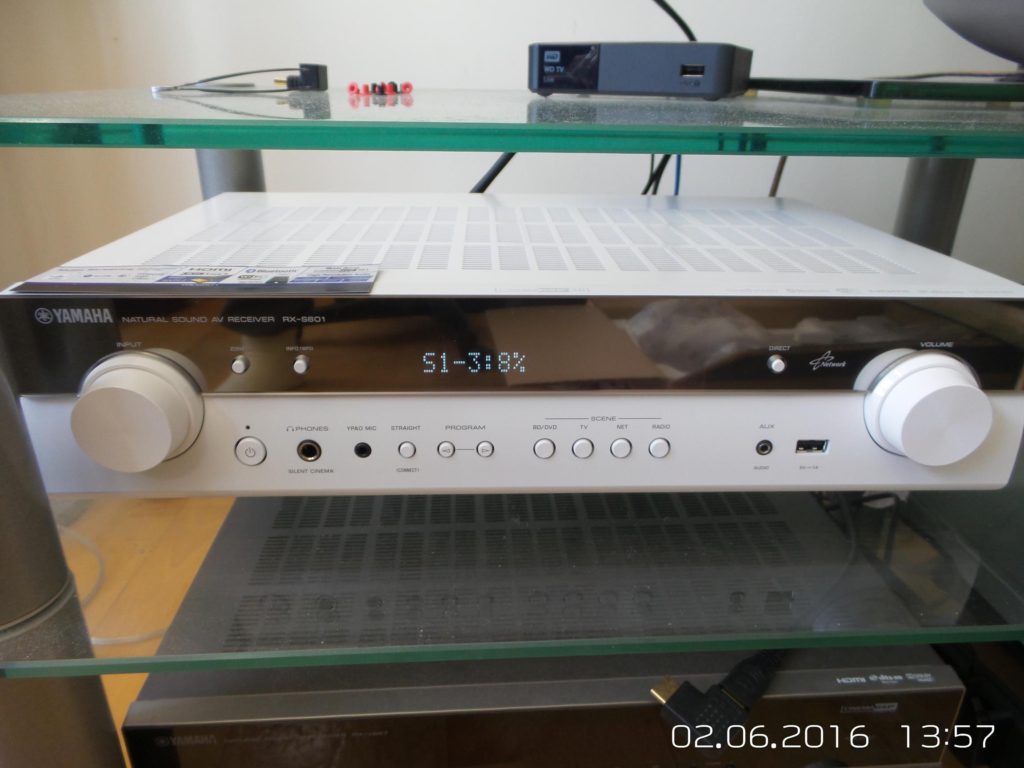 Thanks to Yamaha UK for the sample.

Accessories:  You get a remote control.  The Yamaha control apps, of which there are a couple to do different things.  Like the AV controller app and the MusicCast app.  It also comes with the manual and a little mic for the YPAO set up.  (That’s Yamaha’s own setup thingy rather than Dolby’s.)

Build Quality:  Very nice, particularly I fist the front control buttons and dials felt very nice given they’ll almost never be used.  Oh and the unit may be “slim line” but it’s still a weighty beast.  Its fractionally light for receivers in its price range but only barely, it’s still 7.8KG.

Aesthetics:  Now it comes in black, “titanium” which its sort of metalicy greyish with the black panel on the top half.  They are the long standing colour options but this one has another.  It also comes in white.  It’s still got the black display panel but the rest is bright white.  So if you want all white devices like a friend of mine did then Yey!!!  It is just so eye catching in bright white.  I don’t know if I’d buy the white one but I doubt you can walk by it in a show room and not notice it.

Sound:  I has the traditional Yamaha house sound for its AV receivers.  It’s a full bodied, richly enveloping tone and I am highly partial to it.  (My own amp is a yammy too) this takes that and runs with it in a most pleasing fashion.  It may be the most suited to hard explosive drama as it isn’t inclined to produce a hard abrasive sound.  Your speakers will play a huge part in the final output but this will push them towards warmth and a robust warmth.  It’s fantastic for musically orientated films, Disney stuff all sounding so glorious.  The Fifth Element too in the Diva/fight sequence is marvellously good though its tonality does encourage you to dial up the volume.  More cuttingly direct sounding amps will hurl detail at you encouraging a lower output level, this keeps urging you to turn it up.  It’s not very neighbour friendly.  That’s in large part because I enjoy its richness so much.  I especially liked the fluidity on its vocals.  Indeed the amp was highly proficient in its music use.  In movies its liquid nature may make it less suited to expressing the raw brutality of harsh film sound tracks.  This while capable of making the Jurassic Park dinosaurs sound terrifying the very fast paced acoustic explosion of things like Transformers, the S601 isn’t so convincing at brutal and harsh.  Personally I’m great with that as it makes its music playback particularly good in a way that some (cough Onkyo, cough) just fall down for music use.

Value:  Ahh with more options that you can shake a stick at (see the full review if you care) you get a very great deal for the money.  You also get a receiver that can do both movies and music, the music playback skills are very good for this price range. You do loose a bit of speaker output options vs its siblings but that’s the price you pay for it being “slim line” so while I’d take the fat ones this is a very acoustically capable option.  It’s worth getting your pennies.