adminPosted on December 2, 2019 Posted in Miscellanea — No Comments ↓ 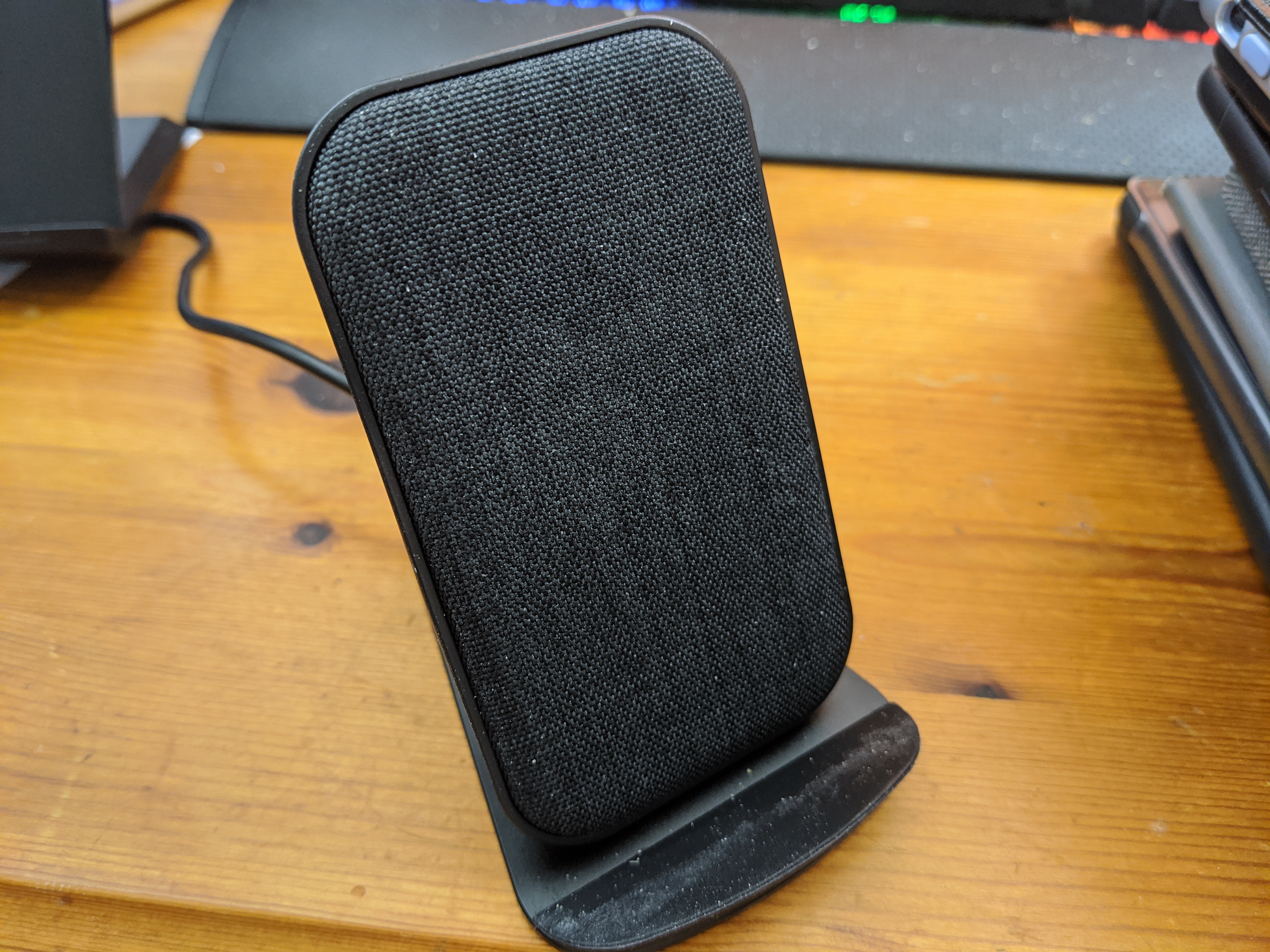 Yes, it’s a Qi charger and yes it it’s got a fabric coating on the front.

So, now that we have finally gotten back to sticking Qi into phones, something I have missed for years since I retired using my old Nexus 5, I wanted a Qi charger back on my desk full time and if its going to be there all the time I want it to look good.  Hitting up Amazon, this one well, it looks great in the photos doesn’t it.  I mean the metal, the fabric it looks like a really fancy, premium object.  Sure £20 is a bit expensive for a charger but its not crazy money so a couple clicks later, one was on its way. 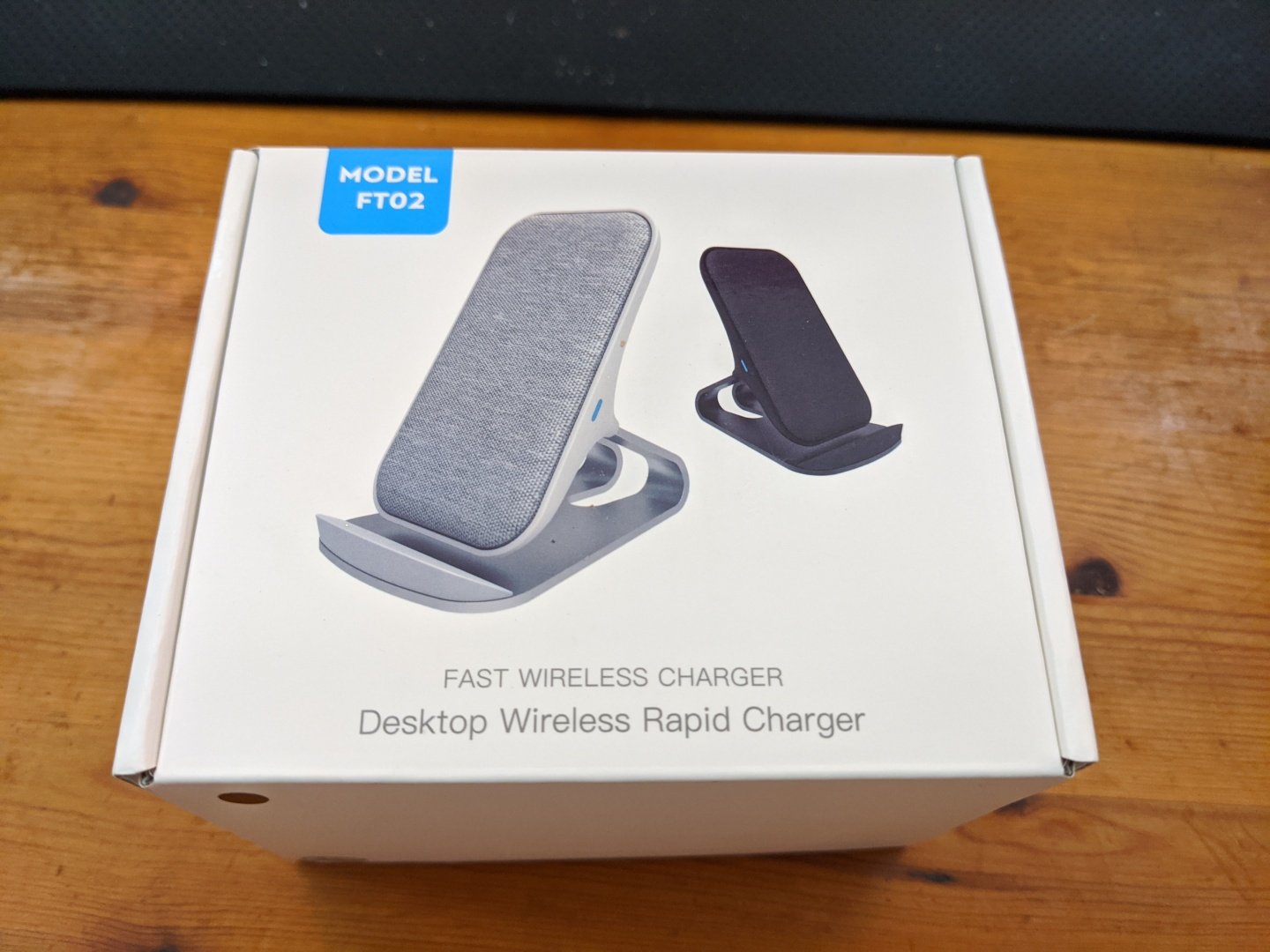 When the box came, it was smaller than I expected and when I opened it….. it was smaller still.  Okay, not a deal breaker but I assumed the flat panel would be phone sized, modern phone sized.  I mean I use a Pixel 4, not the xl but the Pixel 4 is huge in comparison.  Still that’s not really a problem as it has two Qi charging thingys inside so the listing says it’ll cover pretty much anything.  Hmm, I’m kinda wishing I’d got the grey / silver one but oh well. 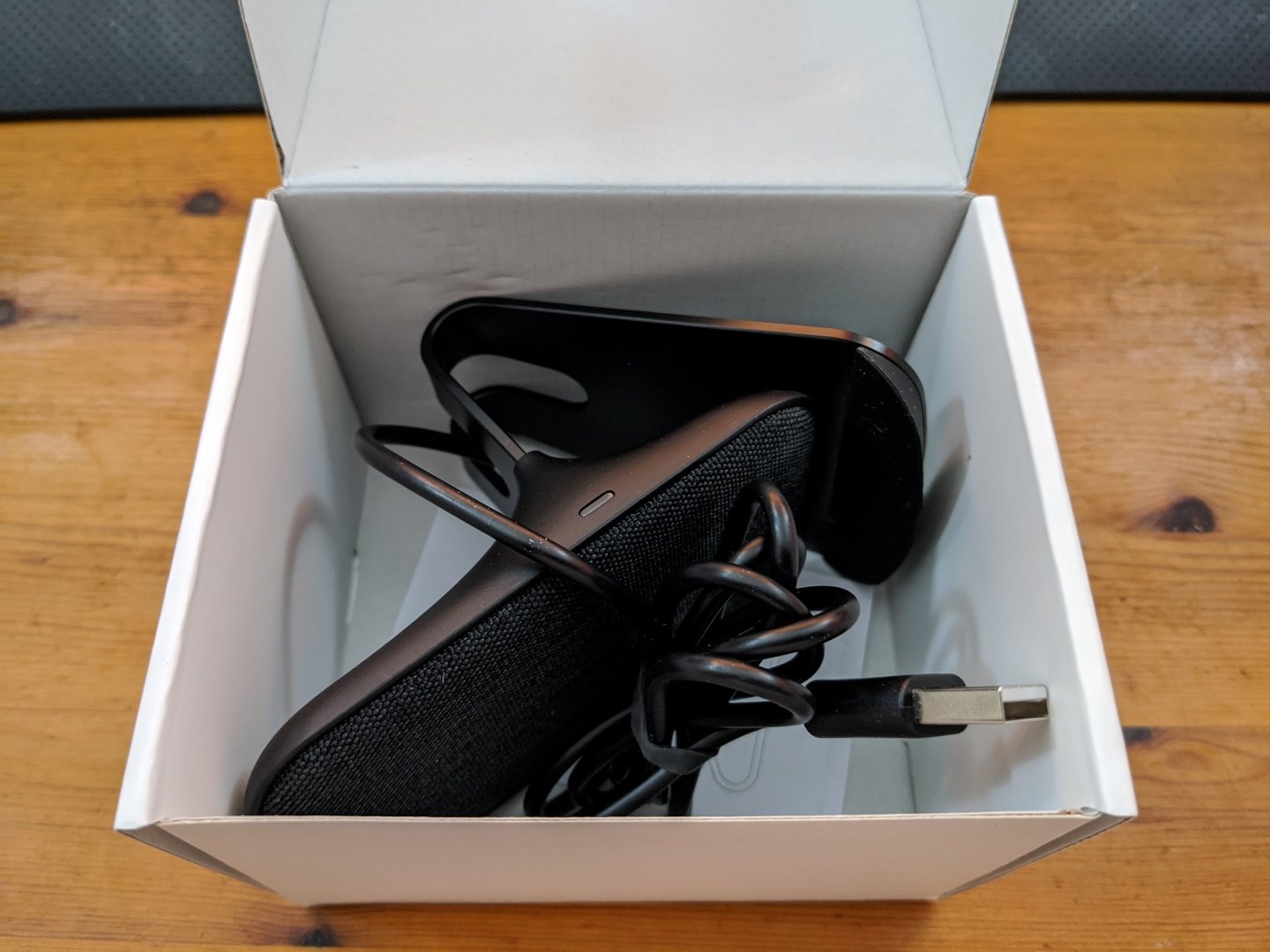 It is fair to say this might be the best-looking Qi charger that I have ever seen.  I really want the grey one to see what its like in the flesh.  It looks, really really nice.  I’m sure there are other nice-looking ones out there, but this one, its lush.  It looks so modern, with the bare anodised metal and the soft fabric pad (yeah google suckered me into the whole fabric coated cases thing) its natural and tactile too.  I really cannot fault the visuals on this little charger.  It’s great, I really cannot fault it, except the cable. 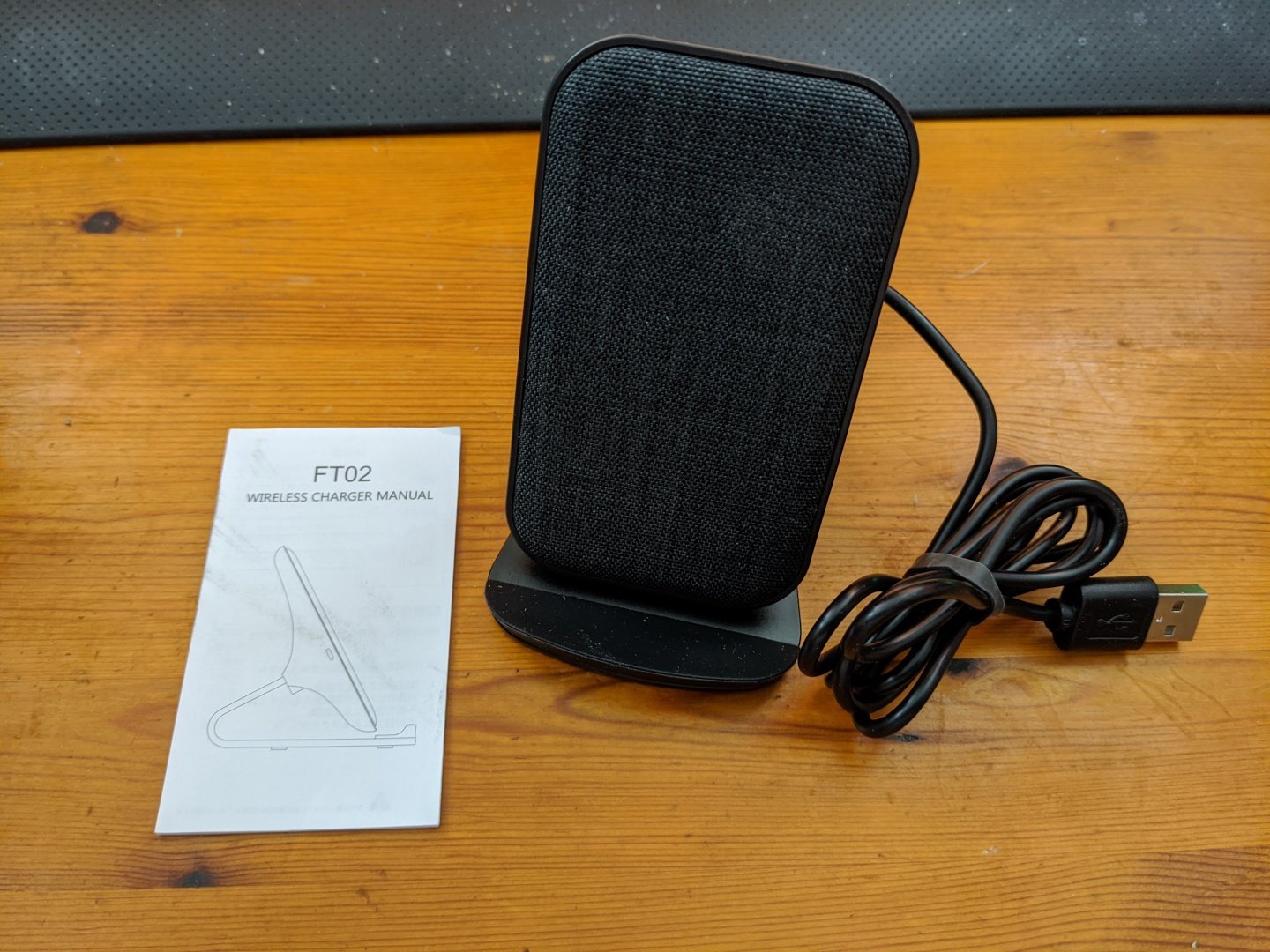 Excellent.  It really is first class, I cannot fault it.  Well……I do have one complaint though; it’s got a fixed cable.  That I hate not least of which that I can’t decide what length to use so the cable gets left trailing and is ugly, and if it should die then you can’t swap it.  Stupid move but otherwise, I can find no issues at all. 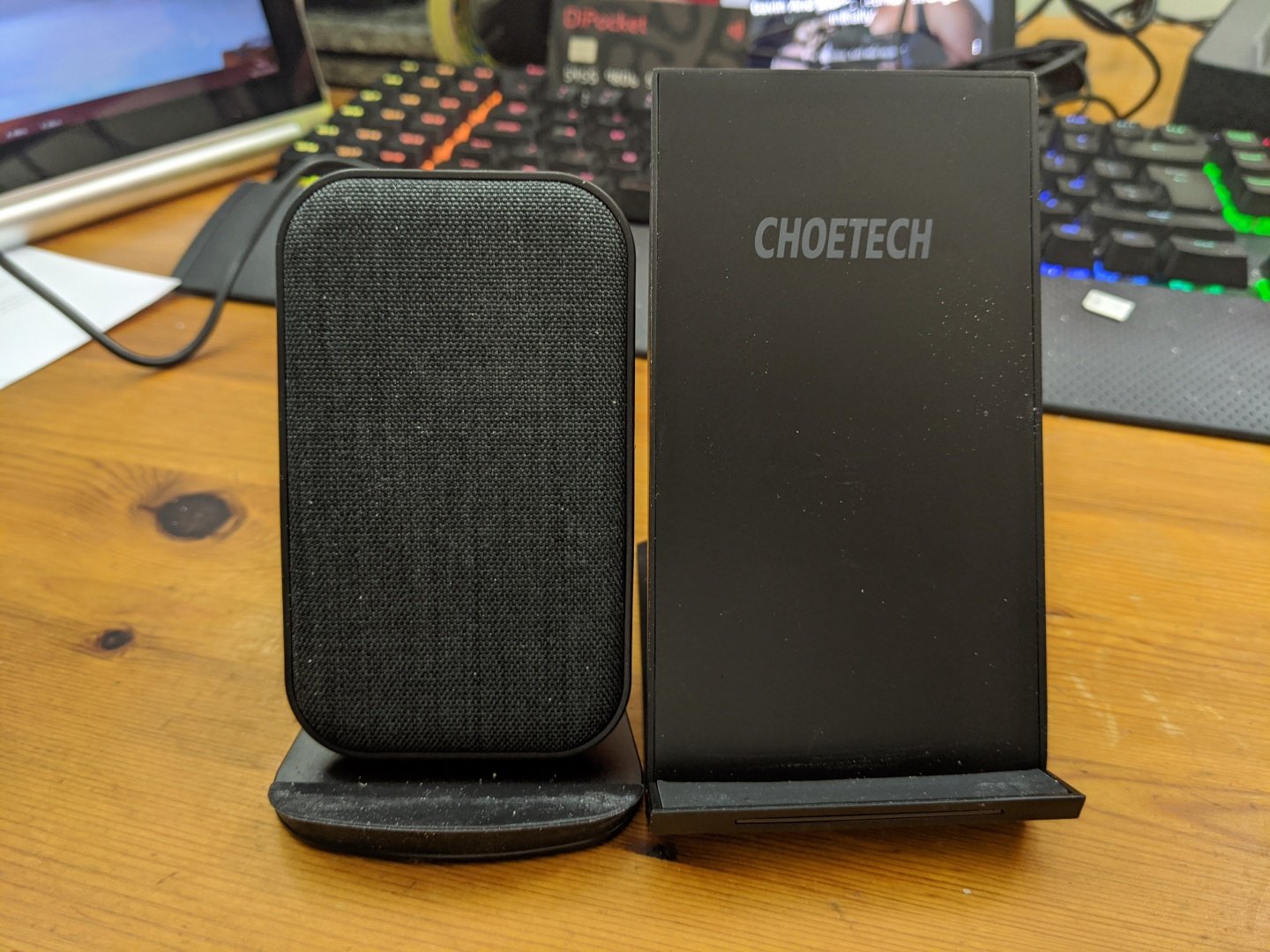 Good, I never found it not to be picked up when I slapped it down but….. I would be lying if I ever did so with out then checking.  I never had confidence with it, its size and another issue I’ll come to later just never gave me confidence in it.

Well, this is part of where my confidence in this product took a beating.  I had it connected to a powered USB 3 hub, by powered I mean hub with its own psu so each socket should be full power, not sharing 500mw.  But…….. the Pixel 4 while it was below 50% battery I could put it on and it would seem to charge fine but when above that it would say its charging, on screen, wireless charging but the battery level would fall.  Yep, says charging but battery charge level falls.  This is a problem.  This is why I never had confidence when using it.  When I changed to connecting it do a USB power brick this issue seemed to go away but……… I never could just put the phone down and not keep checking back every 10 min. 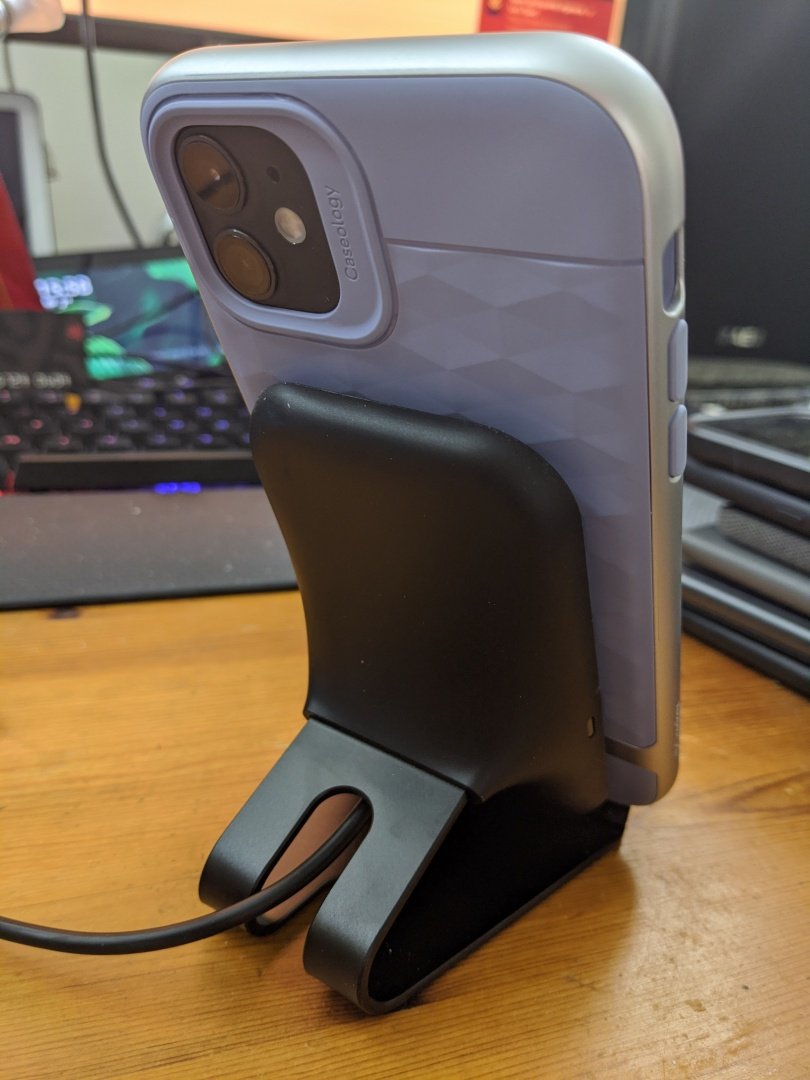 I paid £20 and its just dropped to £16 for Black Friday, 20 is good value for it and 16 is great.  It’s a super nice Qi charger and compared with what else is out there, this is really, really nice in the hand.  I’m actually thinking about picking up a grey one too. 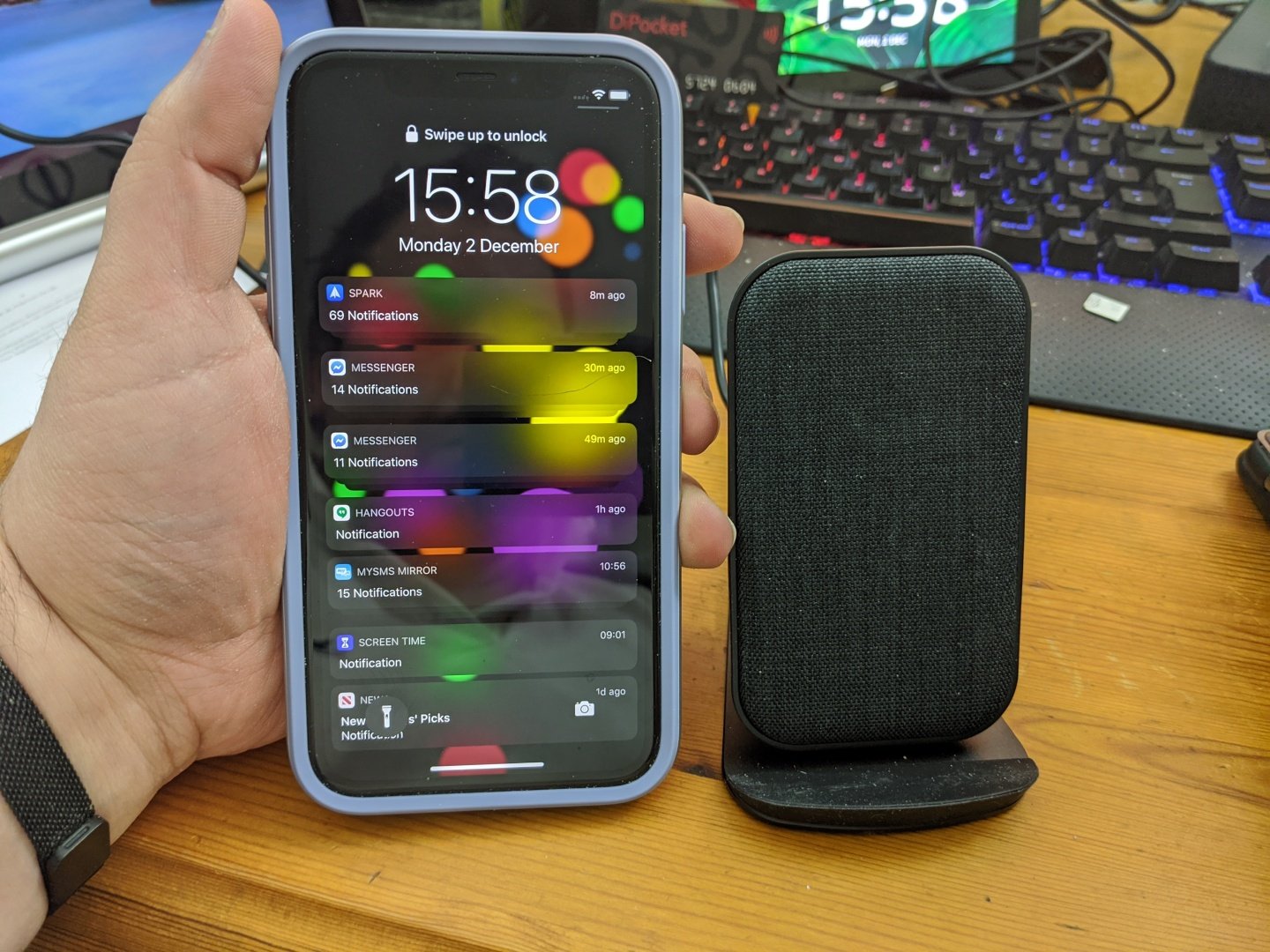 I like it, mostly.  Its looks are great, when plugged into a USB power brick it seems to work great too.  I know I was always double checking it, and I still am but I believe that will fade in time.  The only real downside to this thing is the fixed cable.  What moron did that!! seriously!!! I hate that, so so so much when things have an attached cable.  There is never a need for it on anything.  Hate it.  However, the rest of thing, well that I do like, I like a lot but here I find myself swaying between buying another and returning this one.  The fixed cable I loathe and the issue I had with it saying its charging but not when plugged into a hub still makes me constantly worry its not really charging.  This is a problem, maybe its unfair but it is what it is.

Should you buy one, if you don’t mind the fixed cable then I’d say yes.  Just be sure to plug it into a high output USB socket and you should have yourself a functional yet very good-looking charger on your hands.  It really is excellent looking and doubles as a stand so you can notice notifications (particularly excellent for phones with an always on feature) so I’d say it is worth the full price at £20 and is a bit of a bargain at its current £16.  I just wish so much that cable was removable.