adminPosted on October 14, 2016 Posted in Miscellanea — No Comments ↓ 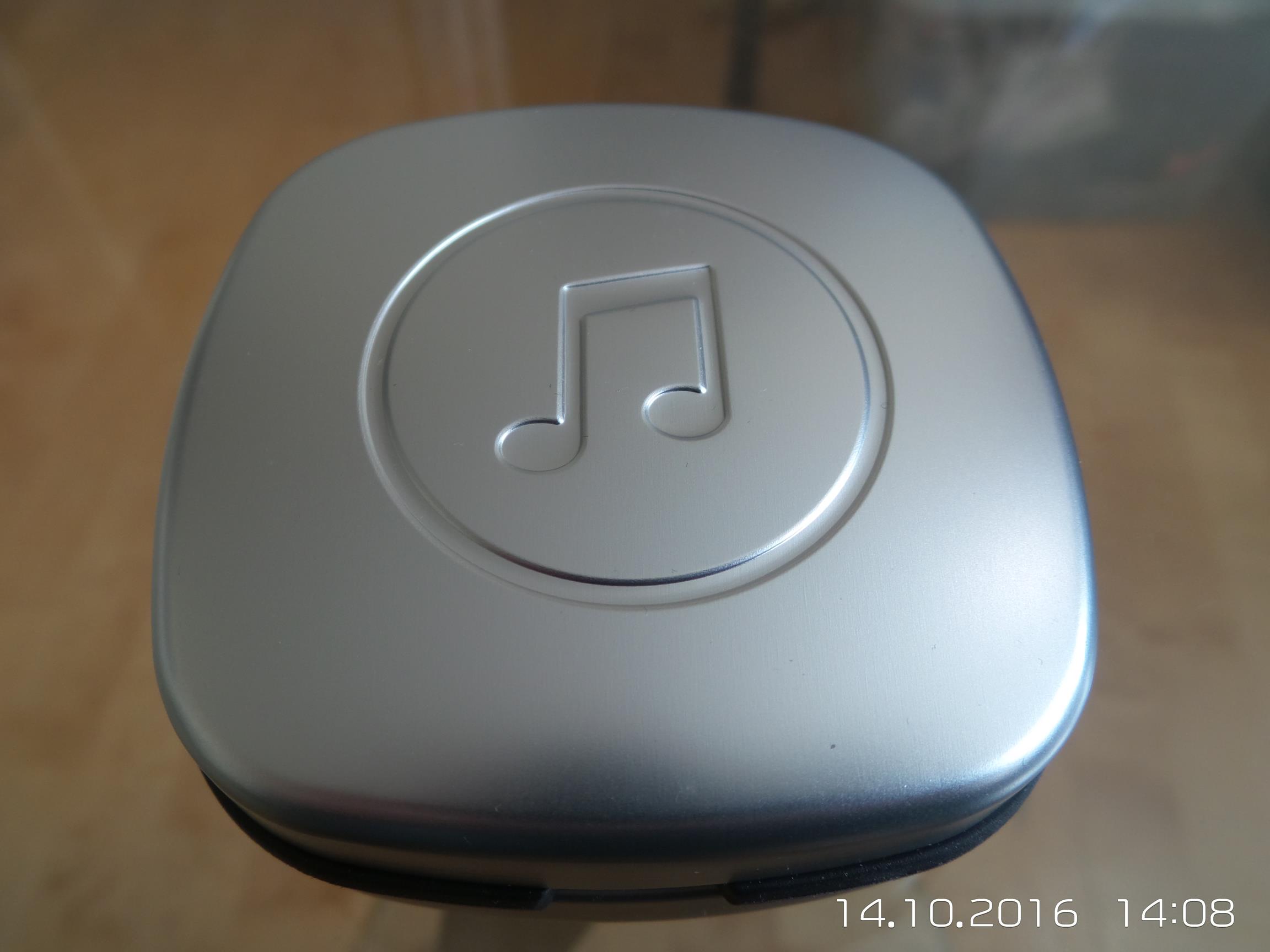 Earphone Aluminum Box Earphone Case Review, yeah its spelled “American” but that’s how they’ve spelled its name.  Read on to see how it performed. 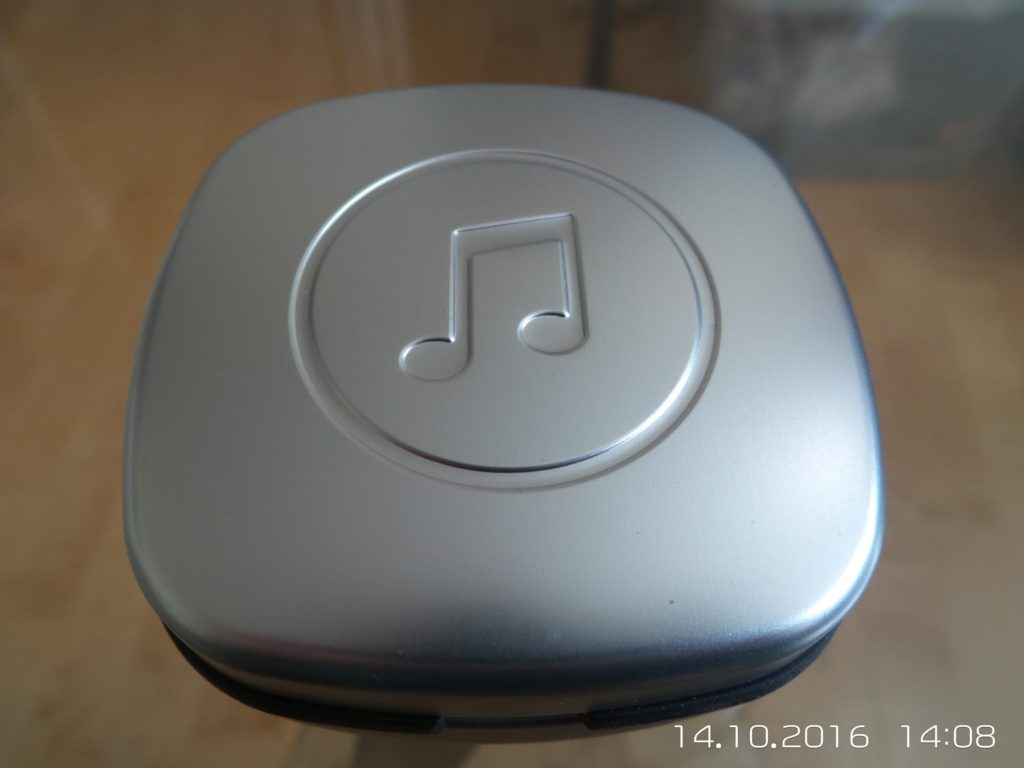 Those who have read a few of my reviews over the years may know that I have liked for years the old UE type metal cases.  UE gave up on them some time back but DUNU have sort of brought them back, on some things.  They have so many cases I don’t know what they are up to half the time.  Anyway…… so Penon Audio have on offer some rather nice looking cases.  One of which is this, inventively named “Aluminum Box” case.  Yeah I really did laugh out loud at the name but hey, it’s nothing if not accurately descriptive.  It comes in four colour options, blue, grey, silver and gold.  The one I have here is the silver, it’s the light silvery one, the darker one is the grey one.  Visually its, nice, don’t ask me that the weird arch design on the bottom means though.  Hmm though I note in transport the bottom has seemingly received a little dent.  With its domed shape having been structurally compromised the bottom I can deform with a bit of a squeeze.  Though it does only deform a little distance.  I think to actually damage anything inside id have to apply some considerable amount of force.

Its size specifications are 8cm X 8cm X 3cm.  So it’s a reasonable size and if you’ve ever seen the old metal Ultimate Ears cases or the square metal one DUNU did for a while, it’s basically that.  It gives enough space inside for pretty much any earphones including customs.  It is maybe a little bit bigger than most cases but it’s still comfortably pocketable, well unless you wear skinny jeans but you can’t fit anything in them so that’s hardly news.  One thingy to note is that while its edges are all rounded I wouldn’t put it in a pocket with a phone screen unless you want that screen scratched.

While 3cm doesn’t sound like much with its concave innards the middle has plenty of depth.  There might be an earphone out there that won’t fit inside but they would have to be pretty huge.  As cases go it’s bigger than most so you should be fine with just about everything.  Inside it has a felt lining so it should scratch anything and the seal / join between base and lid with a large rubber thingy.  It creates a snug seal.

The case is metal.  I’m not sure it’s the toughest case I’ve ever seen in metal, though in fairness wasn’t the Ultimate Ears TF10 case made form titanium?  The arched shape of the base and lids give additional rigidity so I would expect it to protect the contents from pretty much any normally abuse it might see.  However with the “Compressive Case” here beside it, that thing is a total beast, this it’s less so.  Still if it’s in your pocket short of you going head first down a flight of stairs they should be pretty safe.  Also the rubber seal between the top and bottom should be easily snug enough to keep dry your earphones unless you go scuba diving.

Coming in at £8 or US$9.90 it’s not the world’s cheapest case but it is rather more attractive than most and it would appear to provide a nice degree of protection.  I’ve long held that my favourite case is the old Ultimate Ears ones / the square DUNU one and this is a near copy.  I like metal, bare metal especially and it’s nice that you can finally buy a case like this.

Well it’s a case, clearly it’s not the world’s most exciting product, no case ever will be.  Though as cases go this is one of the nicest looking you can actually buy on its own.  Of course your taste may differ from mine, maybe you hate its looks, maybe you like soft baggy type things instead?  Everyone is different and more options is good thing.  Now while most earphones that are a quality item tend to come with cases but sometimes those cases are errr, not the most suitable.  You know, like that gigantic yellow case the DUNU ship with some things, sure its offers protection but it’s so massive you’re not likely to keep it in your pocket.  This gives you an option that is not only functional but that is attractive too and surely what you want from a case.

So would I / should you buy one?  Well, yes to both.  It’s not the cheapest but its good looking and will protect whatever’s in it, aside from you wanting something cheaper.  If you want a case for a £20 pair of earphones then spending £8 for a case is a significant amount in comparison.  You get what you pay for, it’s a great looking case that works, simple as.