adminPosted on July 9, 2016 Posted in Miscellanea — No Comments ↓ 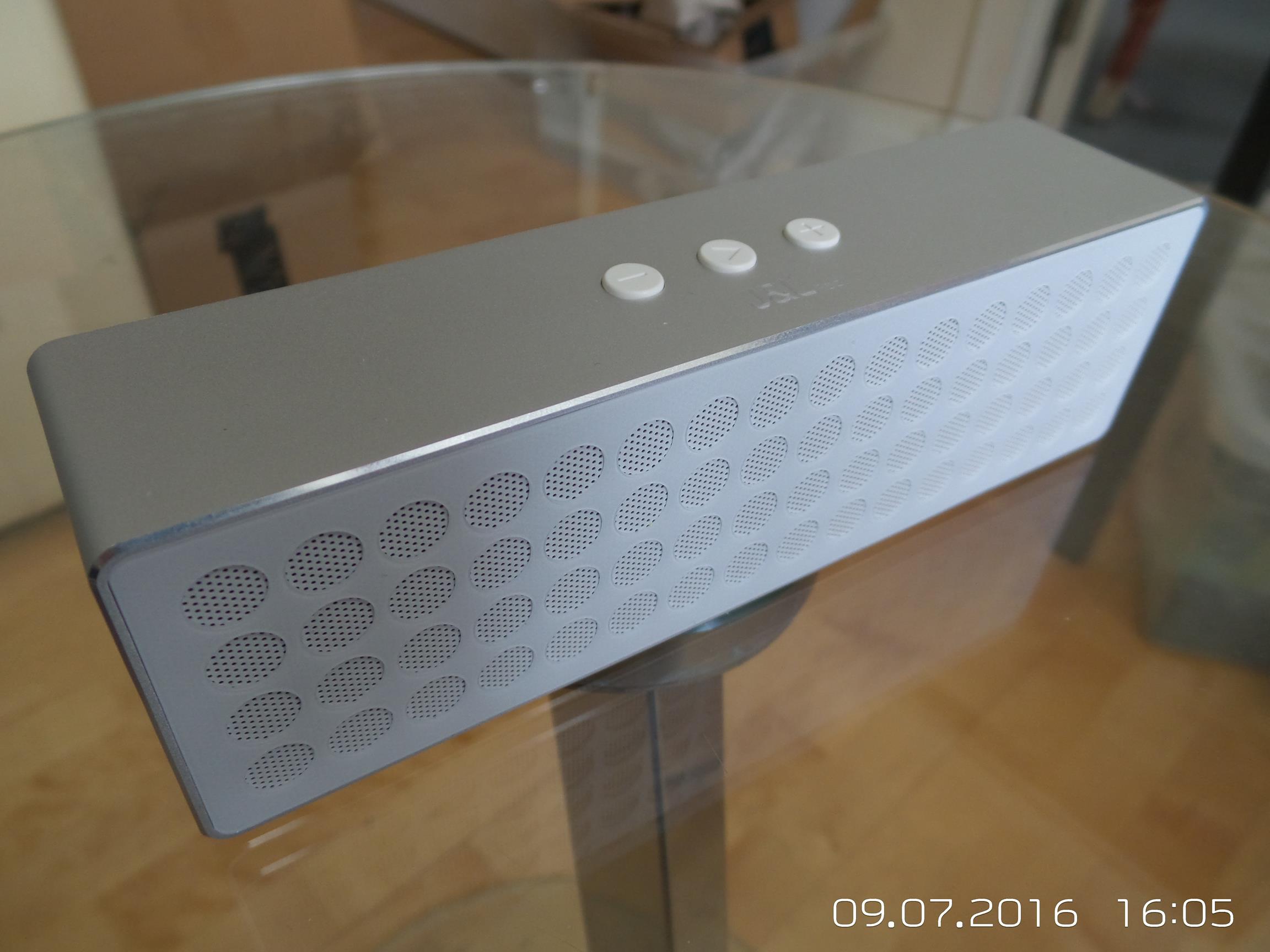 Brief:  A not quite so itty bitty speaker from J&L

Accessories:  A micro USB cable and a 3.5mm male to 3.5mm male line out cable.

Aesthetics:  Looks pretty great I think.  It also comes in black but I’d love if there was a black grill bit with silver metal bits.  Still as it is a think it’s rather pretty for such a cheap little speaker.

Sound:  Pretty good.  It’s a little thing for sure but it’s got two desperately hard working little drivers in there and it’s even got a Bass radiator.  Now granted that radiator can’t be any much more than about one by two inches but …….. it’s a damn little try’er for sure.  The little drivers work their backsides off to pump out audio, its pretty fun too.  The bass, well sure it can’t give out serious lows but it’s got a really eager feel to it.  It pumps out a bit of a mid/bass hump and really try its best to really thump it out.  Play something bass heavy and it will vibrate and shake like a lady’s back massager.  While I know it’s not getting a bunch of things right, I just don’t seem to mind.  It’s so eager to please and is such a little try’er that to complain just seems rude. It does however begin to creep up a little towards the mid’s and is a bit more of an influence than it should.  Again, it’s trying so hard and it’s so cheap I can’t really complain that its mids lack some air and space.  They are a bit warmed but nice.  The treble well it’s a bit, well a bit so so.  It’s the best way to go as treble is hard to get right plus you would want a little speaker to avoid from sounding tinny so it’s for the best to dial down the uppers a bit.  Overall I’m rather pleased with such a valiant little showing form it.

As a speaker phone it works great at outputting but I was told that I was rather quiet, I don’t where its mic is but I did have to speak lounder than normal.  I heard them great however.

Value: I like it.  It’s cheap and it’s really rather versatile.  I wouldn’t see anyone buying one and not being quite pleased with it unless they wanted something bigger.  I mean it’s still a very small object and while that has benefits it add constraints too.  However seems like a bargain to me.