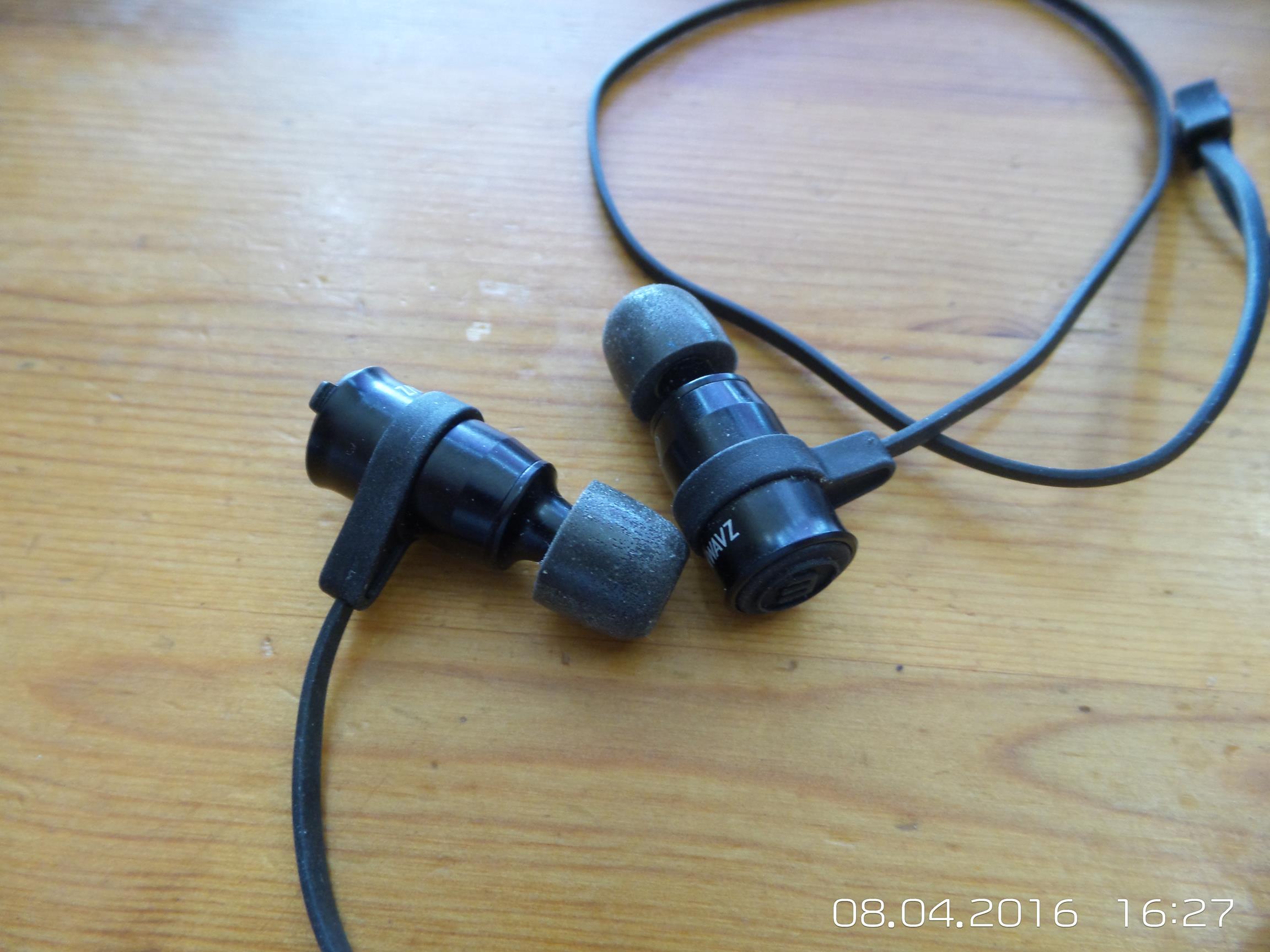 Another week and another new earphone from our friends over at Brainwavz.  The bigger brother to the BLU-100, bigger enclosure and a bigger driver too but only a slightly bigger price tag.  How does it hold up you ask?  Read on and find out. 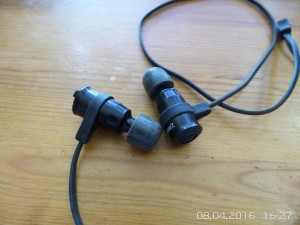 Thanks to Brainwavz for the sample.

Deja vu. Haven’t I seen these before????  Swap the 2 for 1 and these could be the BLU-100’s.  Actually if I look more closely, are these maybe a little bit longer?  Urgh I’m going to have to go find them and check aren’t I?  Well that can wait.  Visually these look fine, they still have that neck synch kinda thing I’m not wild about, visually they are plain, black, hmm flat cable.  It’s all pretty fine, nothings leaping out at me.  I’m looking at the spec between the two and they are very similar, though they have different drivers inside.  The 100 has an 8mm dynamic and the 200 has a 9.2mm one.  Of course that actually means nothing in terms of output.

In the ears and, hmm a little driver flex, that’s mildly irritating.  Hmm these feel a bit more spikey, dynamic, and there is an upper mid ish spike.  Clarity feels better but hmm.  There is something a little restrained in the vocals too.  I think there may have to be much A/B’ing in the near future.

Hmm, for having the bigger driver one might expect that there be an increase in the bass output.  There is but it’s not particularly a great change, you’d be forgiven for expecting it because I know I did.  The 100 was a fairly even, polite-ish thing, no real drama.  There is still an inclination to punch rather than produce a smooth or rich low note.  These are just a little grey.  I’m a bit of a believer in that everyone is to some extent synaesthesiac and the bass is a grey.  Sure it jumps up to play when its ordered to but it hasn’t any life of its own.  I want a little more power and I want a little more level, roundness, richness, warmth to it.  As it stands it feels just a bit sterile. For sure it grab you and hauls you along for the ride but it hasn’t got a taste of its own.  Simply throwing on a bassy track does nothing to change this, it elevates but its just not got that joie de vivre to it, it feels rather dead.  Assertively force full but if you’re gonna punch I want greater rigidity.  These isn’t audiophile tuned bass, its gym, pop music bass.

Being more absolutish, its quality is quite adequate for its given quantity.

They are for the most part a little dead too.  There is however an upper mid spike that lurches them towards sibilance at times and I find has me every now and then reaching you the volume dial.  Technically their vocals are reasonably capable, the detail level is fine for a Bluetooth headset and so on paper its all perfectly adequate but……. I’m just not feeling it.  Micheal Jacksons “Little Susie” should be tugging it the heart strings, so much sadness, a lingering, a yearning to return what once was, so much emotiveness but I feel nothing.  Likewise putting on lively and jovial stuff, I just am not being swept along.

On paper there isn’t really anything wrong, they are perfectly reasonable and their quantity is fairly balanced.  There is that upper vocal spike that’s a touch sibilant from time to time.  It’s not bad but you catch that little cutting sharpness here and there.

Running from that upper mid / lower treble region spike they fairly linearly drop off as you go up.  Not a bad move as if there is anywhere that a Bluetooth headset will struggle it’s in the high end ranges.  These comfortably mask any breakups or distortions.  I’m actually fairly pleased with their treble behaviour.  It may be a little on the light for some in the more delicate treble regions, cymbals and high hats are rather soft filtered to tame any abrasiveness or harshness.  Detail levels though are really not at all bad.  Placebo’s “Johnny and Mary” can splash and explode happily all over the place and it’s really quite comfortable on the ear.

They are beginning to put some space around themselves.  Next to the 100 these sound easily more grandly scaled.  These are much more convincing at distance, to the point where more than once I wasn’t sure if something was them or some external sound.   While that’s mildly bothersome acoustically it’s in no way a fault.  It’s quite an achievement.

They give you a couple of options.  First you can wear down and use the inner ear guide thingys.  I hate those things so I’ll skip them and go on to just wearing them over ear.  Yey, over the ears they went on / in fine.  There was a bit of driver flex though, even with Comply’s on but that levelled itself pretty quickly.

They are kinda big.  Actually let’s just call them Frankenbolts.  However while they look very big they are really very light and wearing them over ear as I usually do, they were almost instantly forgettable.  If it wasn’t for the noise they produce you could very easily forget you had them in at all.

Being Bluetooth there is a fair expectation that you will be using these with a phone.  Thusly they have the obligatory mic in them and they worked just as you would expect them to.  No problems at all.

More notable that the cable is the lack of a cable.  I know that an earphone cable isn’t exactly the world’s most restrictive thing but there is something exceedingly freeing about having no cable.  It’s really not surprising that so often Bluetooth earphones are aimed towards sporty use, these work great for that purpose.

They are fine.  About typical for a dynamic set up so something you’d be easily fine using out for a run, or in a gym.  You’d be fine too on a bus or walking about and about.  A little bit lacking for flight or a Tube commute but as ever they would be more than enough to make you not hear that bus about to kill you.

The specs say 4 hours play time and 100 hours standby time.  I do not understand the standby time as wouldn’t you just turn them off when you’re not using them?  They also say its takes two hours to charge them.  All those numbers seemed reasonable to me.  While 4 hours won’t last you a day it’s likely that it’ll get you through any days commute or any gym session.

You get the usual bag of tips, 3 pairs of silicones a par of Comply’s, the inner ear guide things, a micro USB charging cable, the Velcro cable tie thingy and the standard red and black Brainwavz case.  It’s a goodly little bundle that I cannot say is lacking anything you could possibly want.

Its Brainwavz so it almost goes without saying that you get a good amount for you money.  Brainwavz will ship you a set anywhere on the planet for the princely sum of US$54.50 (curious number) which makes them just under £38.  While I might take their 100 siblings over them you’re still getting a great bundle for you money.

I for some reason just haven’t been able to love the 200.  I don’t know why as on paper there isn’t anything in particular they fall down on.  There is that slightly sibilant peak though and that bothered me.  Not all the time but more than once I was grabbing the skip track button.  The 100 and its comparatively more sedate sound appealed to me more, yep the 100 is the more staid of the two and the 200 would at times just be a little too energetic.  A little too lively and jumpy, a not hear and there leaping out at you and it just wore me out.  Even in very slow songs, I think their more closed nature than the 100 could feel that there was a bit much air movement taking place and it’s just wearing me out.

Now to be totally contradictory, while they were too leapy outy at times there was always a certain grey pallor to things.  I never really got a feel of them being cheerful or playfull which is odd.  They do like to leap out as certain notes but maybe it’s their more closed nature?  The more closed, the more there is a certain deadness that when trying to overcome they then lurched towards that sibilant range.  I just couldn’t find the love for them.

So would I buy a pair, well no I wouldn’t.  If you gave me the option of these or the 100’s I’d take the 100’s.  These are up scaled for sure but I can’t help feeling these have be more closed to isolate more and it’s just not working for me.  The Beautiful South’s “Your Father And I” the bass line is oppressively squeezing my sinuses, I want some air, some give and these want to stay vigorous and potent.  Now I’m sure that’s a sound that’ll work for many.  I can see it being a popular gym sound too.  More dynamic, more powerful, more leapy outy and more vigorous, all making for some the perfect workout IEM.