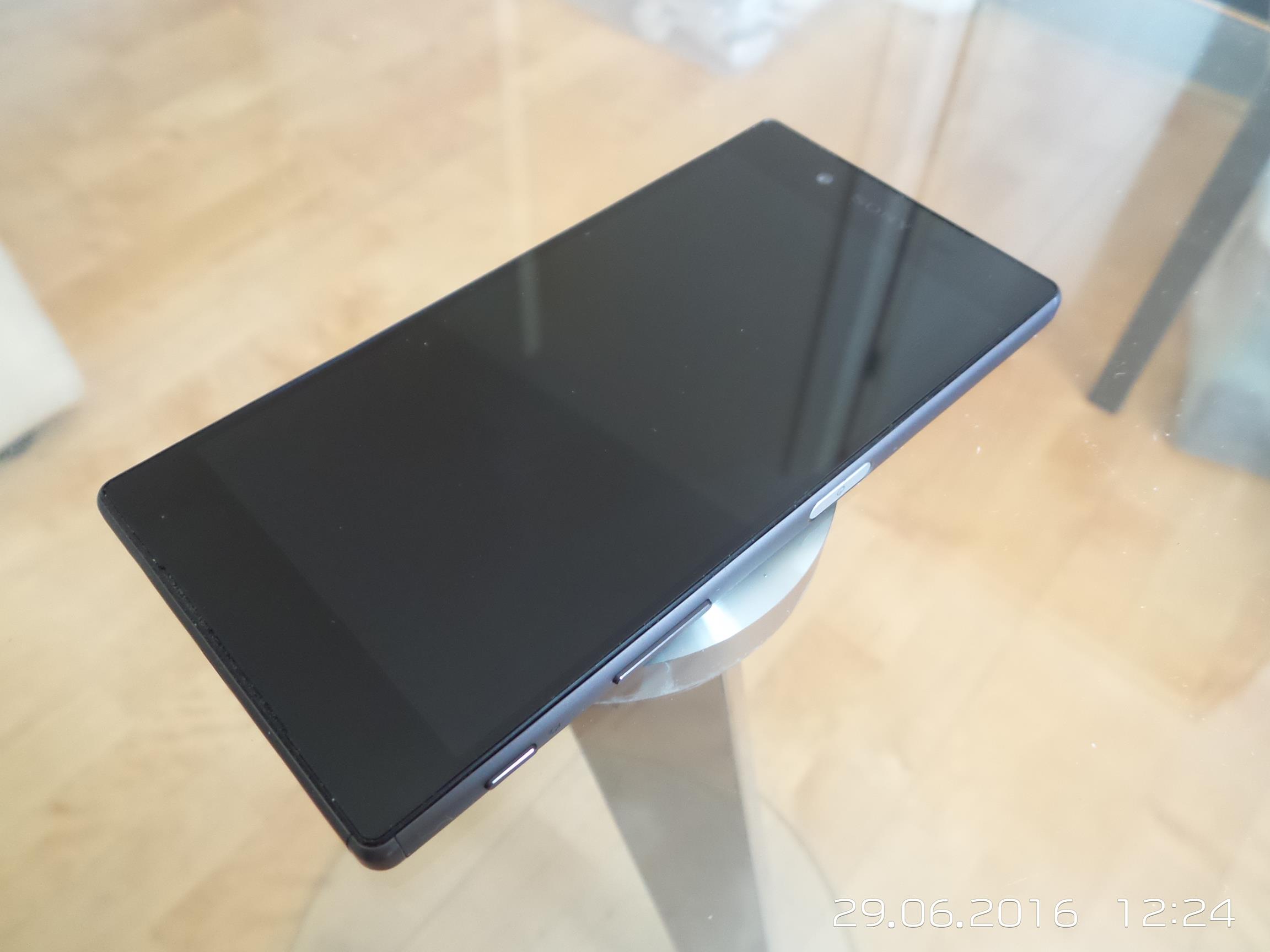 Thanks to Vodafone UK for the loaner.

Brief:  Sony’s was their flagship for a good 30 seconds.

Accessories:  You get a simple offering, a USB charger, micro USB charging cable and that’s it.  Of course you can hit up eBay and find tons of stuff.  It’s a big name phone so there is plenty of options for cases and such.

Build Quality:  Great.  It does have seams but they are all so neat and tidy.  Sony know how to put together nice objects and the Z5 is no exception.  It feels well-constructed and its looks very nice as you would expect of a high-end device.  I also rather like its symmetry and balance.

Aesthetics:  It looks good.  The front looks nice though I’m not sure I’m wild about the backing.  It feels like it would last longer than the glass backed Z3+ but well, I just didn’t look at it and think oooooh.  It was nice for sure but nothing that made me think, oooh pretty.

As a Phone:  Great.  Calls were good, the screen was great, the CPU and GPU were both very zippy.  Not to mention the UI that Sony have twigged, less is more so stop adding crap to the launcher.  As such the phone felt like lightning and the UI so clean and pleasant.  No added junk there just for the sake of being different.  One thing though that I wasn’t wild over was the grip.  While this feels not so stupidly thin as the Z3+ so you’d think it’s better to grip but the back, that weird plastic paint feeling whatever it is on the back was not grippy.  More than once I felt it wanting to fly out of my hand, err it may have done so once or twice.  If it was I’d need a soft touch and grippy case on it quick smart.  Otherwise though it was all good stuff.

Sound:  Pretty good.  It’s not going to be worrying high end DAP’s anytime soon but lower end ones, yes.  For a phone this was quite good yet I was still disappointed.  Sony could if they let one division speak to another produce an audio output that could blow the socks of its competition.  This while not bad, pretty pleasing acoustically overall should be better.  While it may be among the best sounding phones I know Sony can do better.  Still if you must use your phone for audio, I suspect I could get by with the Z5.  Pretty much whatever I plugged in sounded rather enjoyable and while some things were better than others nothing was ever bad.  As audio performance goes, from a phone the Z5 is up there with the best stuff.  It is however a little slanted towards the lighter and brighter side, no doubt to better compliment the proclivity for earphones to be wildly bass heavy.  Just stay away from super hard and brittle things like the DBA-02.  Go warm and you’ll be pleasantly rewarded.

Value:  At £400 its pretty good.  You get near modern flagship spec’s, a great screen and a rather good sounding phone.  It’ll do everything you want and should have enough power to cope with things for years to come.  However Sony has a dizzying array of options with so many handsets released it impossible to say this one is better value for you that another without a close look at what matters to you.

Con’s:  No Qi charging.  That back coating makes it want to fly out of your hand.